Part of the benefits of attending the New York Film Academy Australia is its accessibility to the Village Roadshow Studios. Filmmaking student, Barry Havenga, had the opportunity to work on-set of The Nest 3D, which just so happened to be filming at Village Roadshow Studios. The young filmmaker worked as a stand-in for actor Kellan Lutz, known for his roles in the Twilight series as well as many other film and television productions. 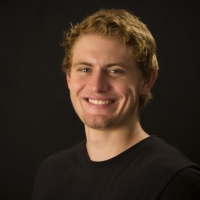 NYFA Australia Student Works on Set of “The Nest 3D”