Currently, Hale is directing his second feature film, House of Inequity, in two distinct locations on the Gold Coast, which is expected to premiere in late 2019. He’s also currently working on two other films, including a documentary feature. 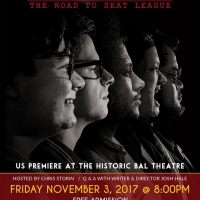