DIRECTOR | ACTOR
Ride-sharing giant Uber connected with
90 Seconds Short Film Festival, inviting filmmakers to submit a film concept around the theme “a shared ride.” Finalists were selected to compete for votes in the Uber & 90 Seconds, and first prize was taken home by New York Film Academy Sydney filmmaking student Michael Gosden for his short, Hitchin’ a Trike. Michael’s video has since surpassed 3 million views on Youtube. He was also a co-director of the 81-minute feature film Watch the Sunset, which was shot in a single take. 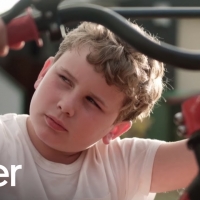